We’ve saved the best for last! You know that present under the tree, that you just know there is something special inside?! 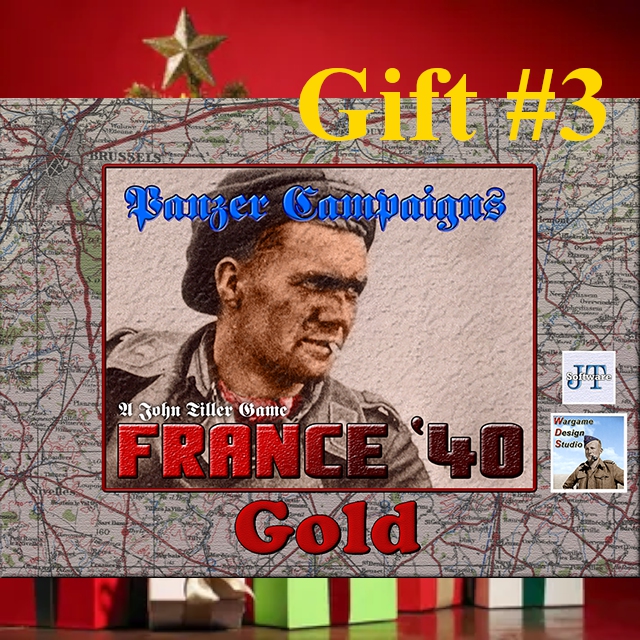 This is not like a normal Gold update, but a completely new, expanded game.

We have not just included Ed William's Volcanoman alternative scenarios, but a further 44 ‘Prucha’ scenarios.

Michael Prucha and David Michas have expanded the whole game to include all the operations in both France, Belgium and now the Netherlands. There are scenarios covering the first use of the German Fallschirmjaeger (Para troops) during WW2 and the complete inclusion of all the German ‘Fall Gelb’ operation. All of Michael and David’s work is new and the depth of research is astounding. Just go and look at the range of different types of artillery pieces included. New rules have been included to cover armoured trains, national surrender and fragile morale.

The game map has also been completely redone and now stretches from the Netherlands in the north down to Paris and further east into Germany. This revised map will have potential future uses as it covers so much territory. The original game map was 78,000 hexes, the new one is over 212,000 hexes or 2.7x larger. The most amazing thing is if you own the original France ’40, you are entitled to the Prucha upgrade for free!

I expect we will share even more on what was involved in building the new France ’40 Gold in future blogs.

Here are some further details on the changes;

The game code will now be standardized on the JTS codebase. There will be no further support for the HPS versions

All new and expanded game maps

All new unit graphics and counters on map

All new in game sounds; weapon, explosion, background and miscellaneous

All new ‘Prucha’ scenarios (44 in total) including order of battles, parameter changes and images.

Code update – disruption no longer halves movement during the day and is reduced by one third at night.

Code update – reinforcement ‘place all’ has been migrated across from the First World War Campaign series.

Here are some additional screenshots (all can be clicked to view at full size); 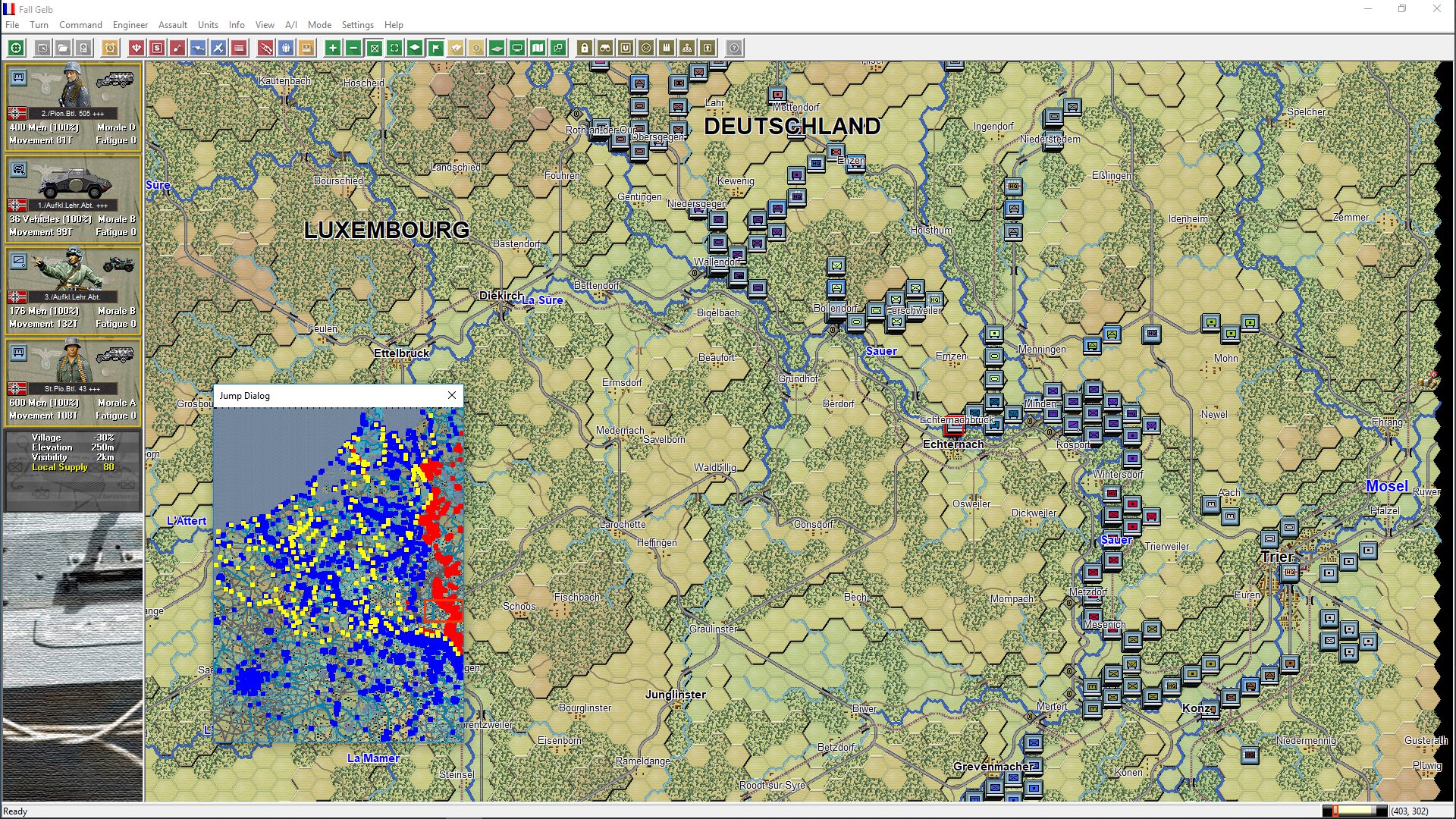 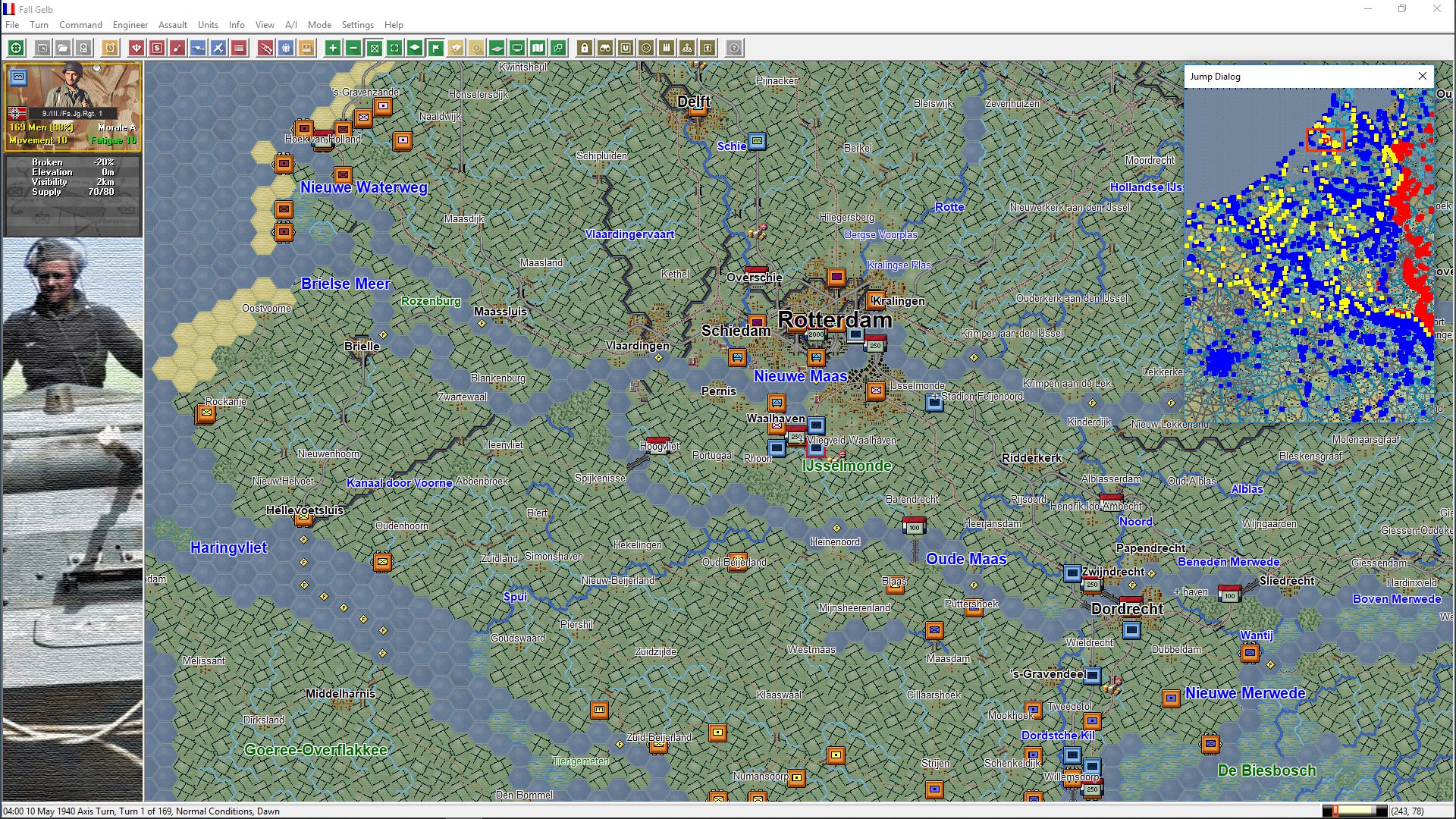 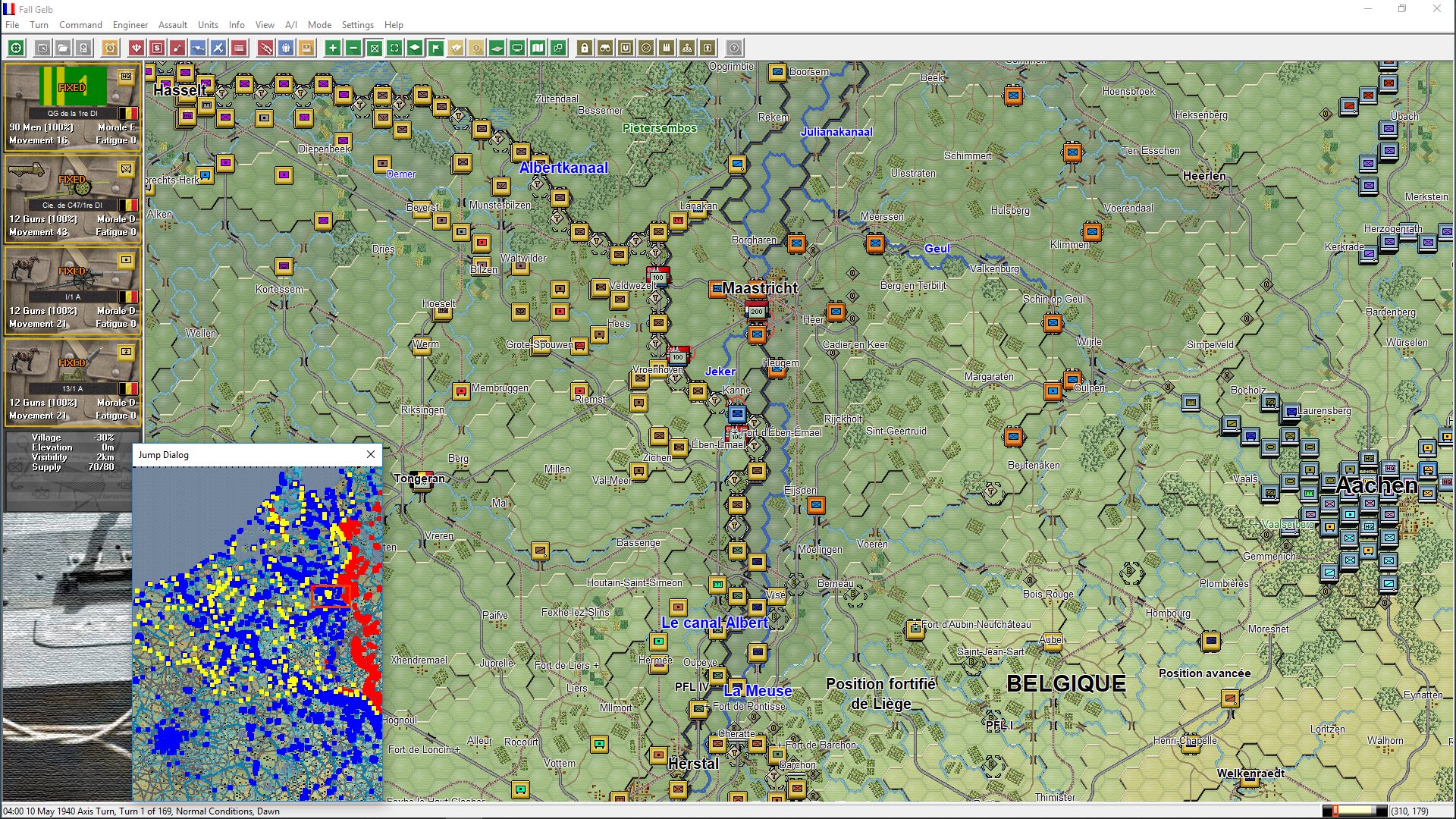 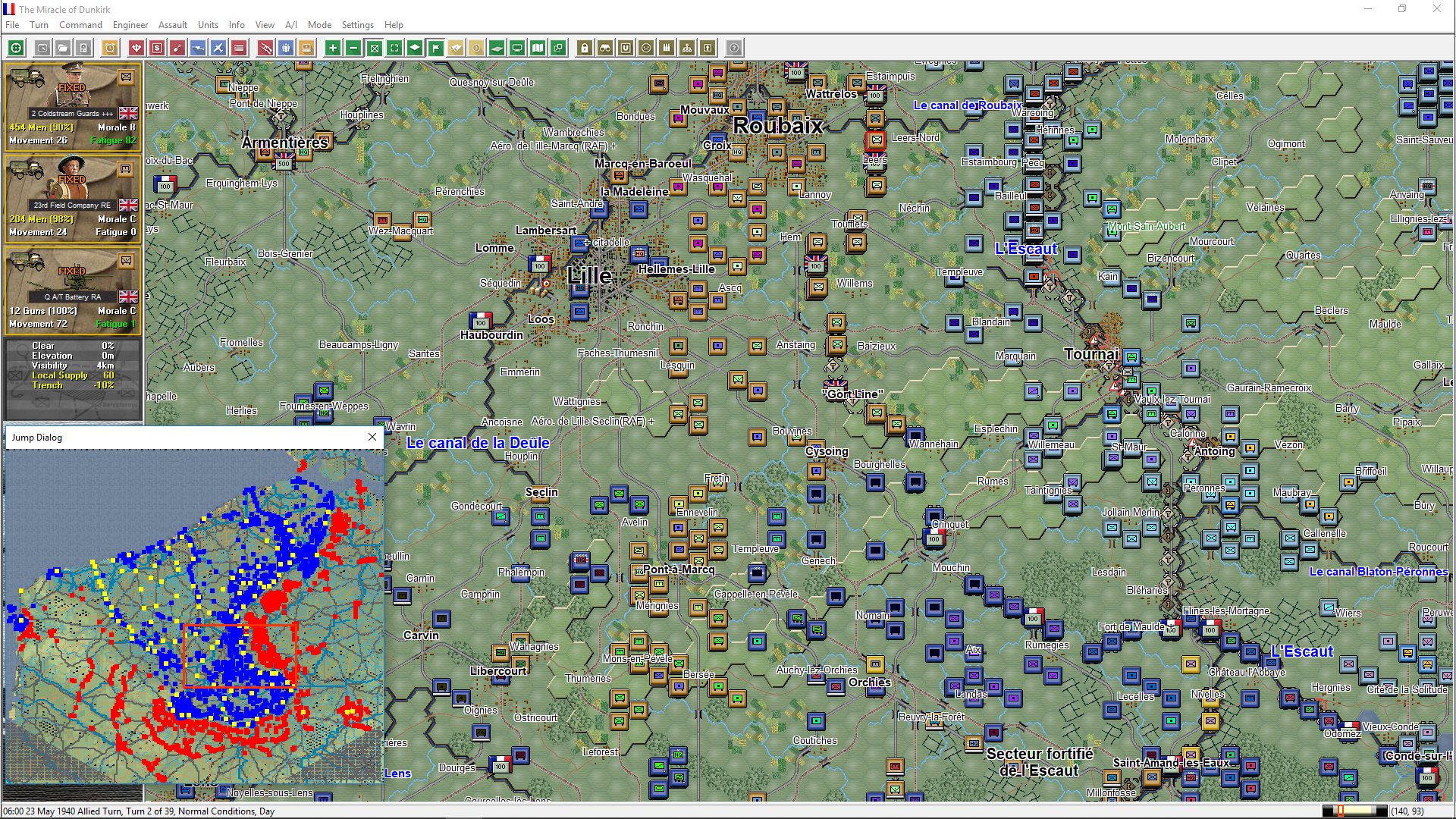 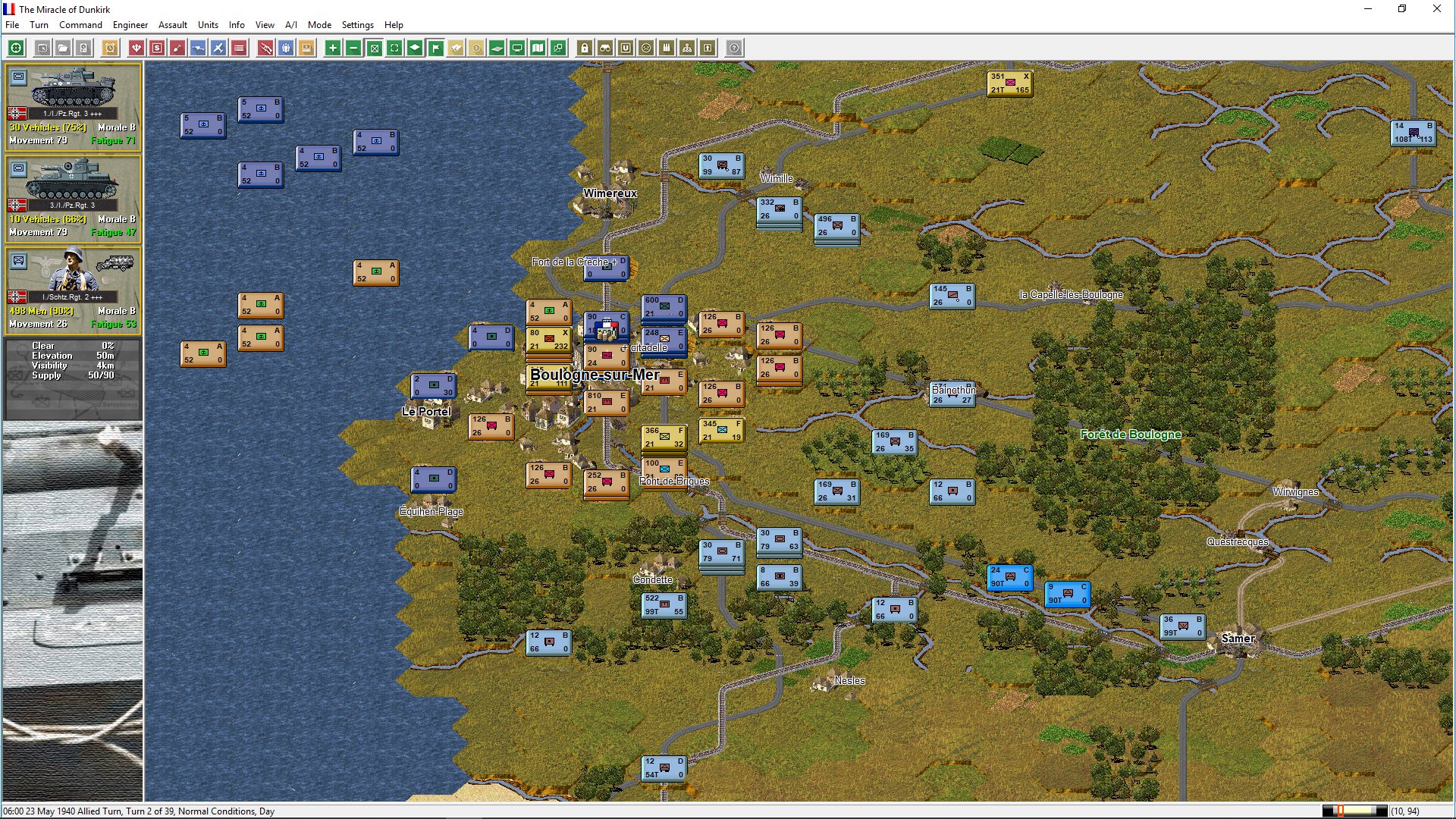 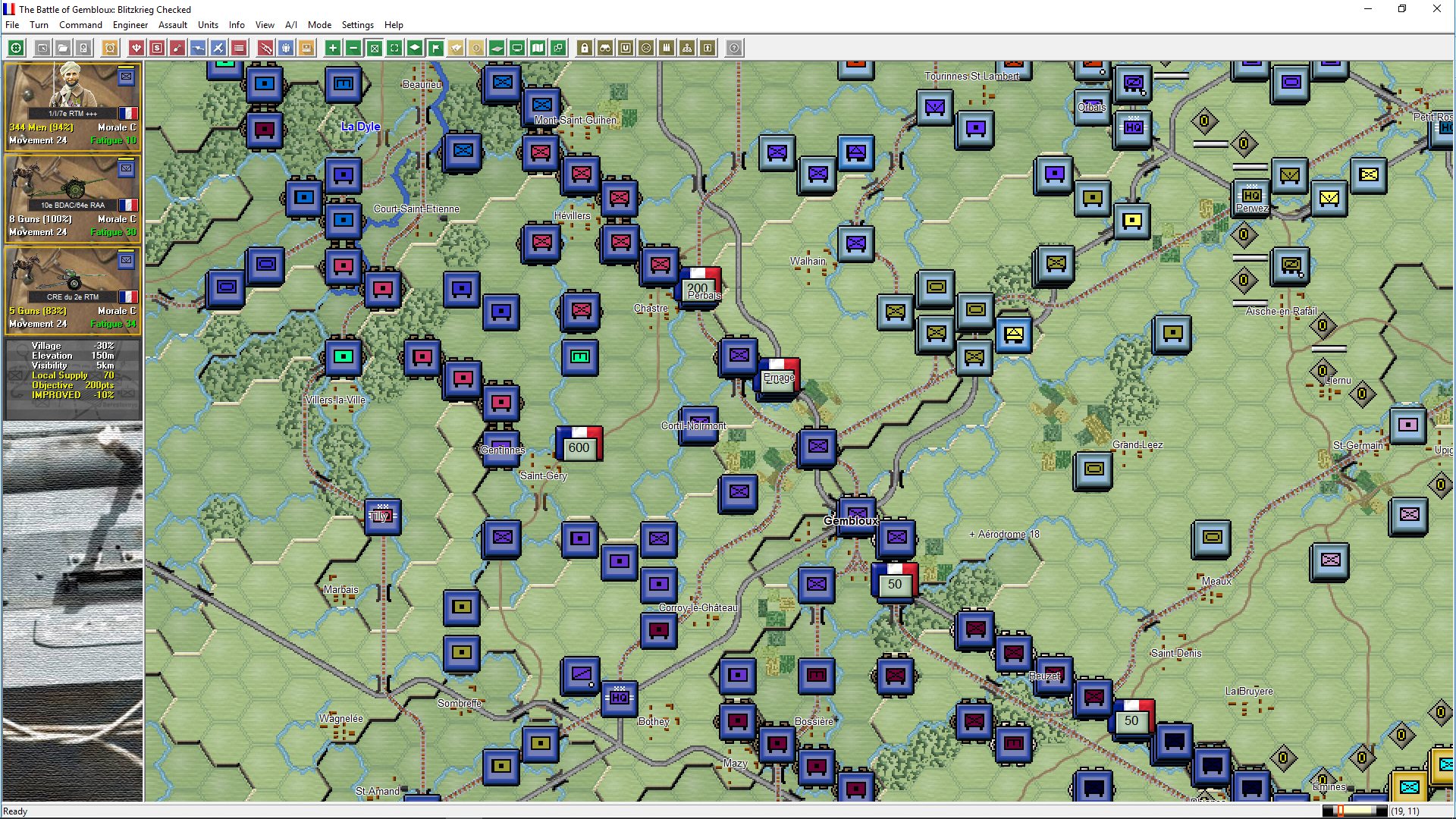 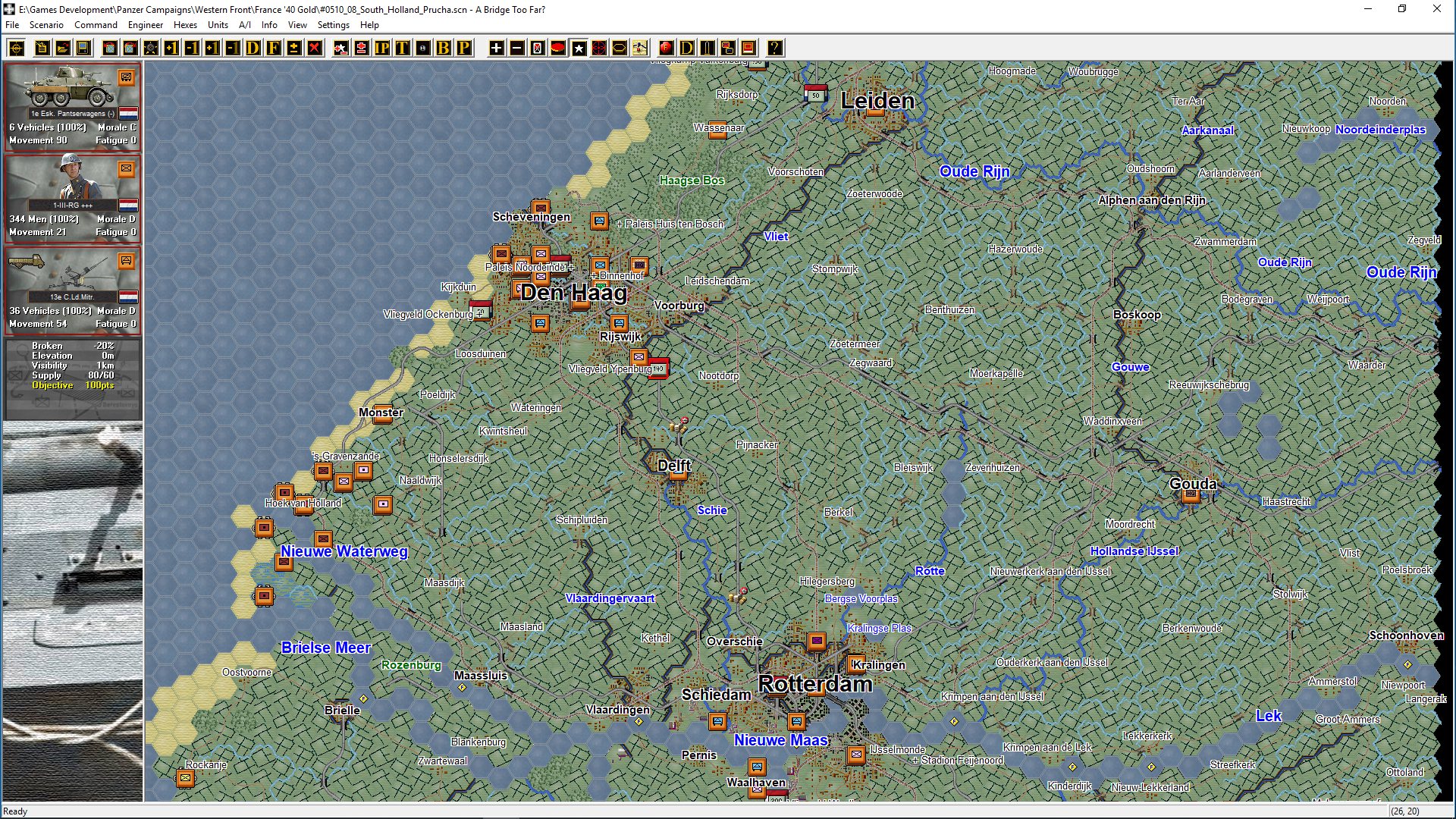 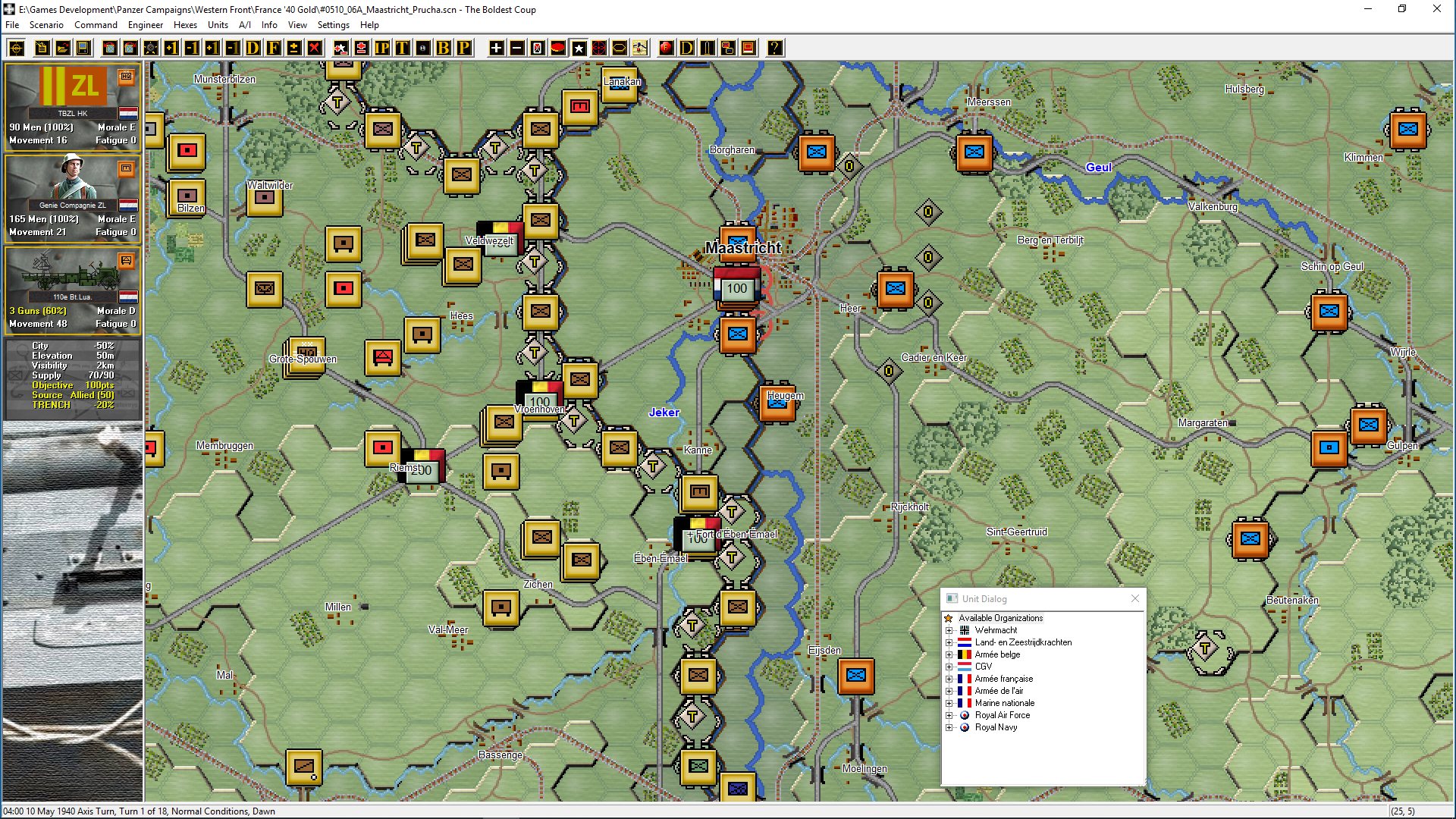 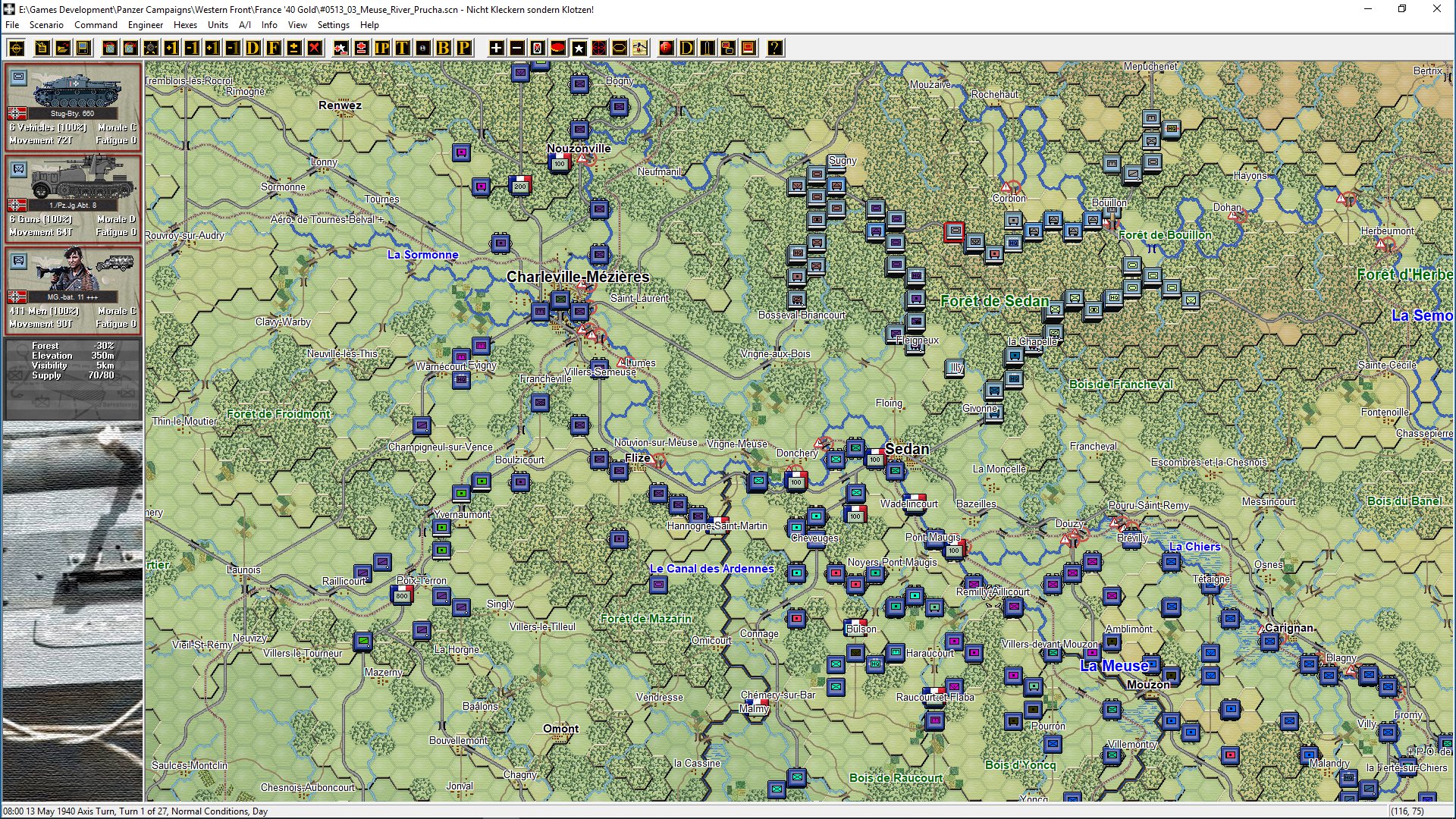 Happy holidays everyone, we hope you enjoy the gifts!!!