We've been hopping with a variety of projects here and we wanted to take an opportunity to share some of the new changes coming in the next round for the Napoleonic Battles series of games. We believe you will be very pleased with what is coming down the road... 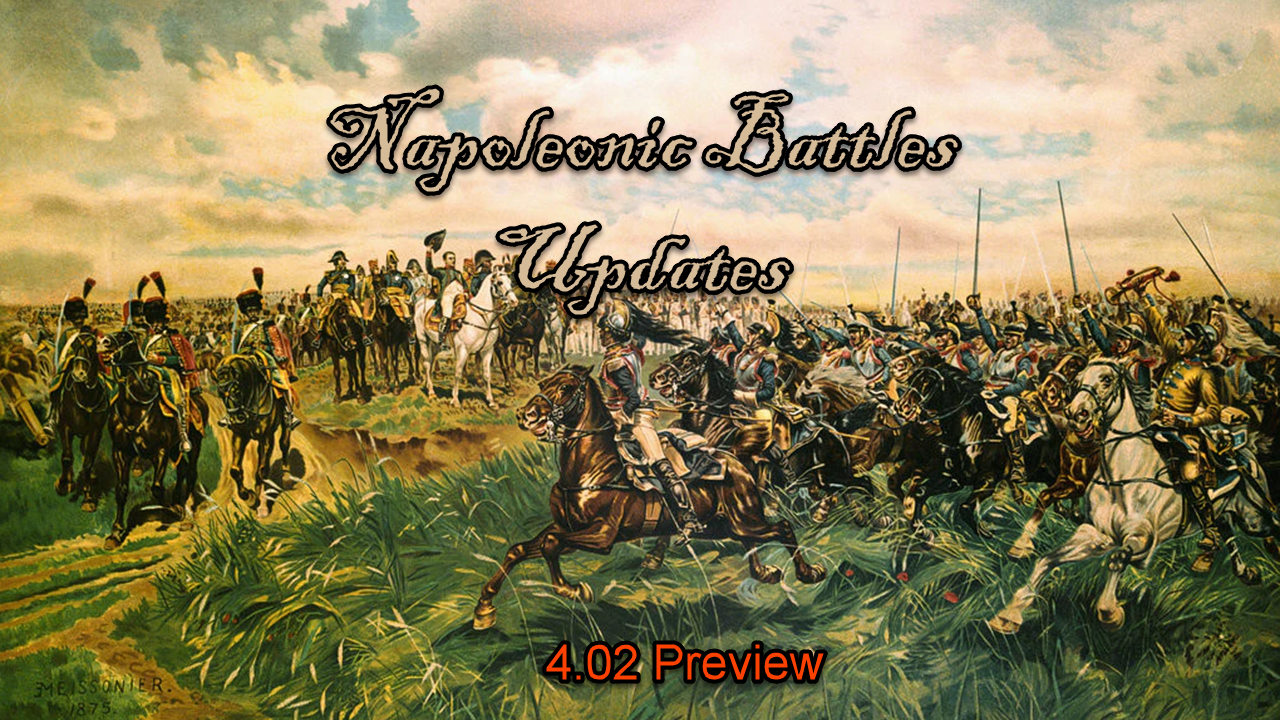 This round of updates brings a mixture of changes which enhance game play. Some minor, some we consider major... first off some minor ones:

Then some changes on how things are displayed within the game. Some of these items have been requested by customers mailing in, some where enhancements driven by the Dev team: 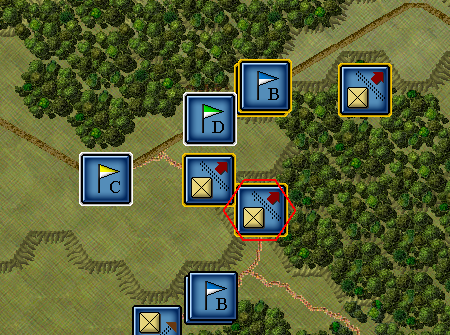 Our programmer for this series, Henrik, wanted to implement this change to better reflect skirmisher tactics after reading some period accounts:

The cost of "leading from the front" just got higher! 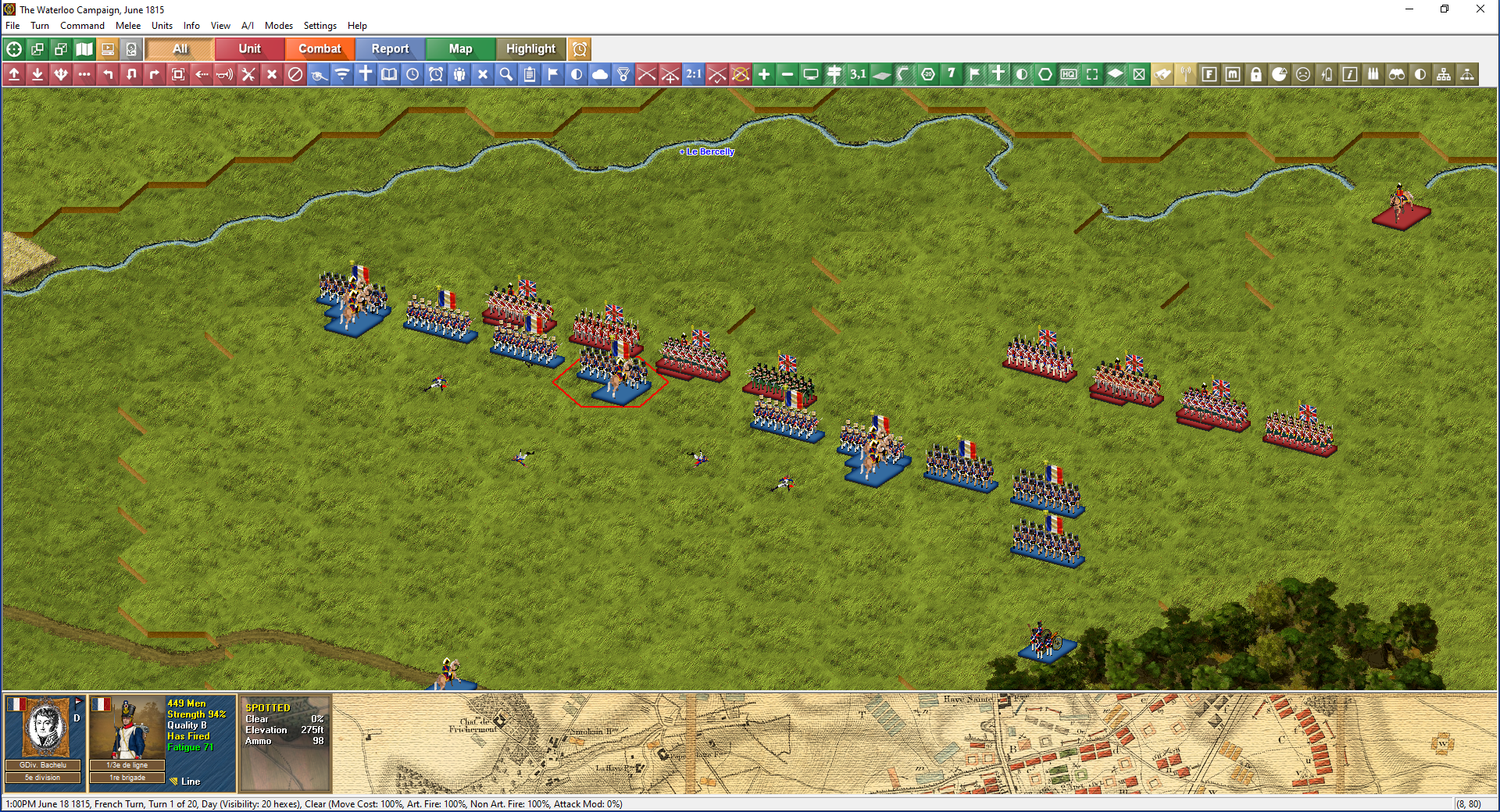 We also made some bigger changes which will address some common practices many players use in the system, address deficiencies of the turn based model, or just make it easier to play the games.

1) We've added a new Range Check Tool that you can use to help determine good places to deploy your artillery when establishing a defensive position, or maybe to check the distance to calculate march time between two points. To use you simply Shift+click to have the distance from the current hotspot displayed in the clicked hex. Display will disappear when the mouse button is released. This check can be made regardless if a hex is occupied or not. 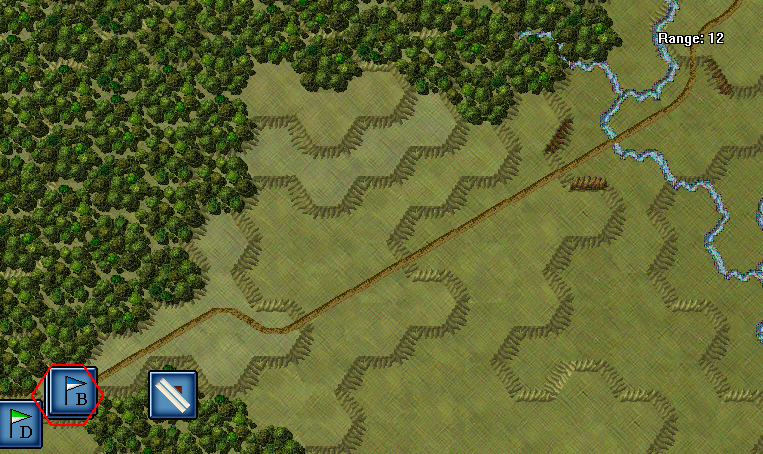 This one will take some getting used to for veteran players, but we feel it has been long overdue and will give a more accurate representation of the use of the skirmish companies from the standard line battalions. 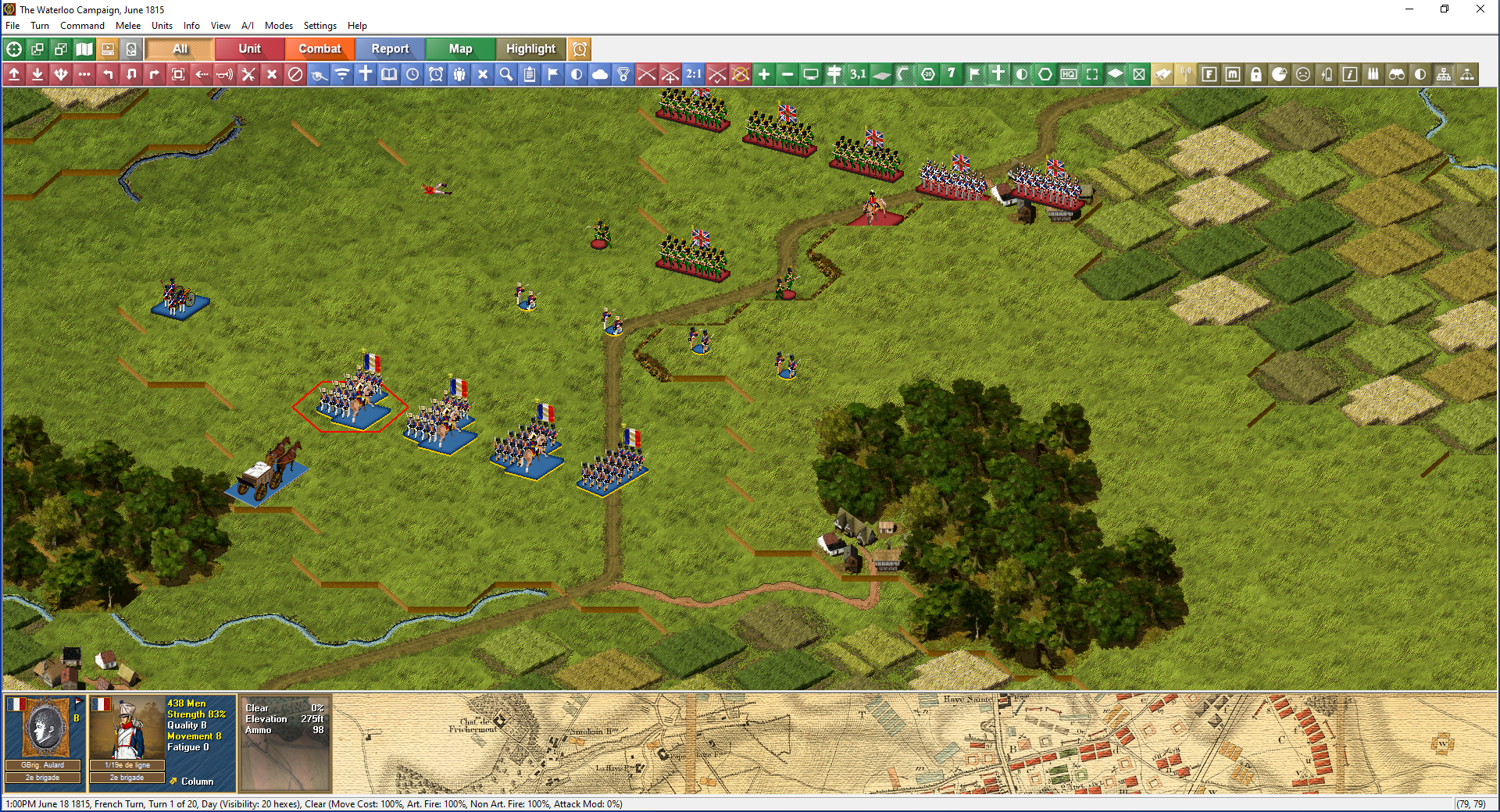 Gone are the days of marching down a road only to bump into an enemy unit that you should have been able to see upon approach... 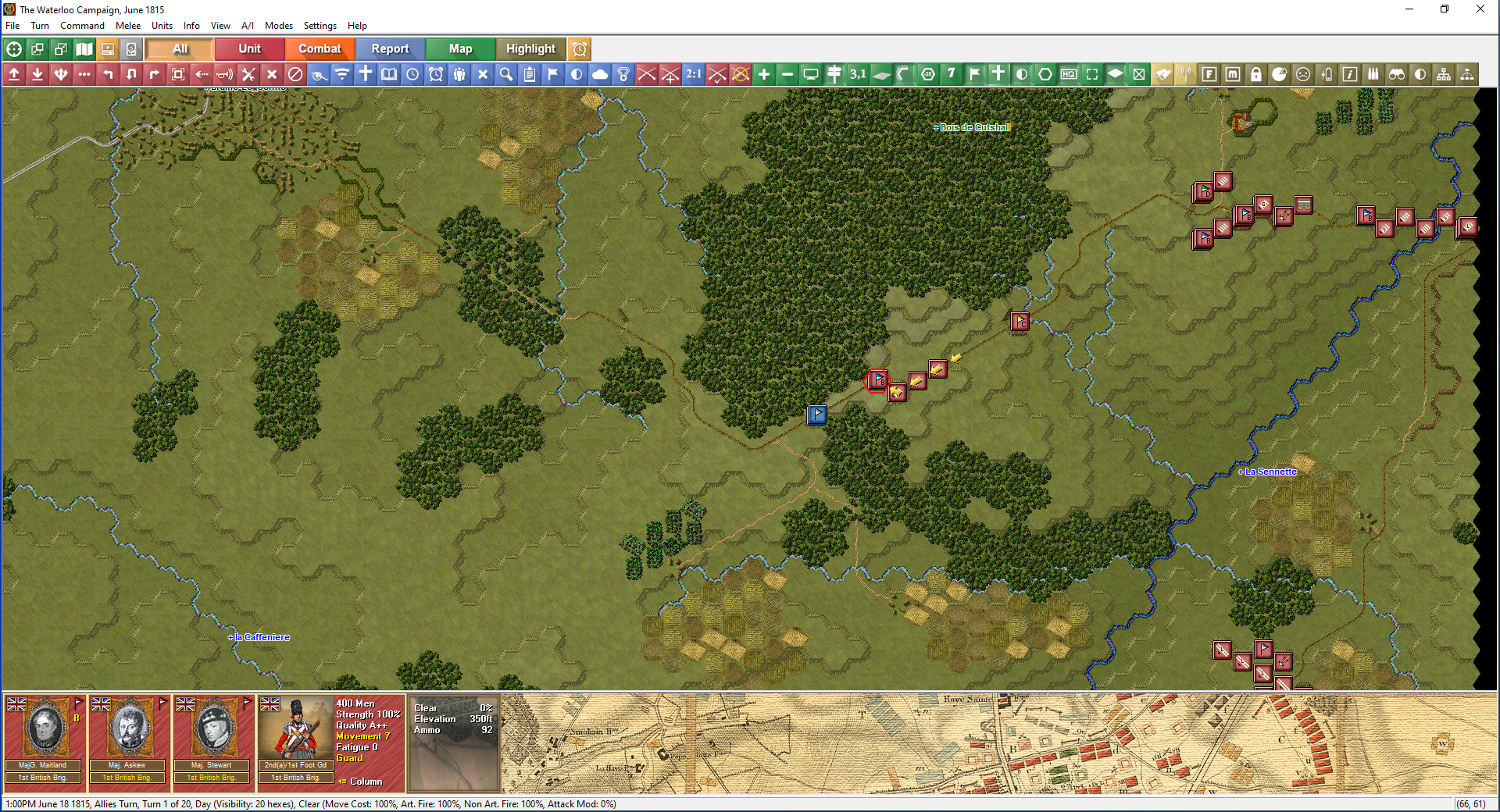 For those who have not used this command before, it provides the ability to move an entire command - be it a brigade, division, corps or even an entire army group - down a road with a single set of commands... extremely useful when bringing reinforcements up to the front! 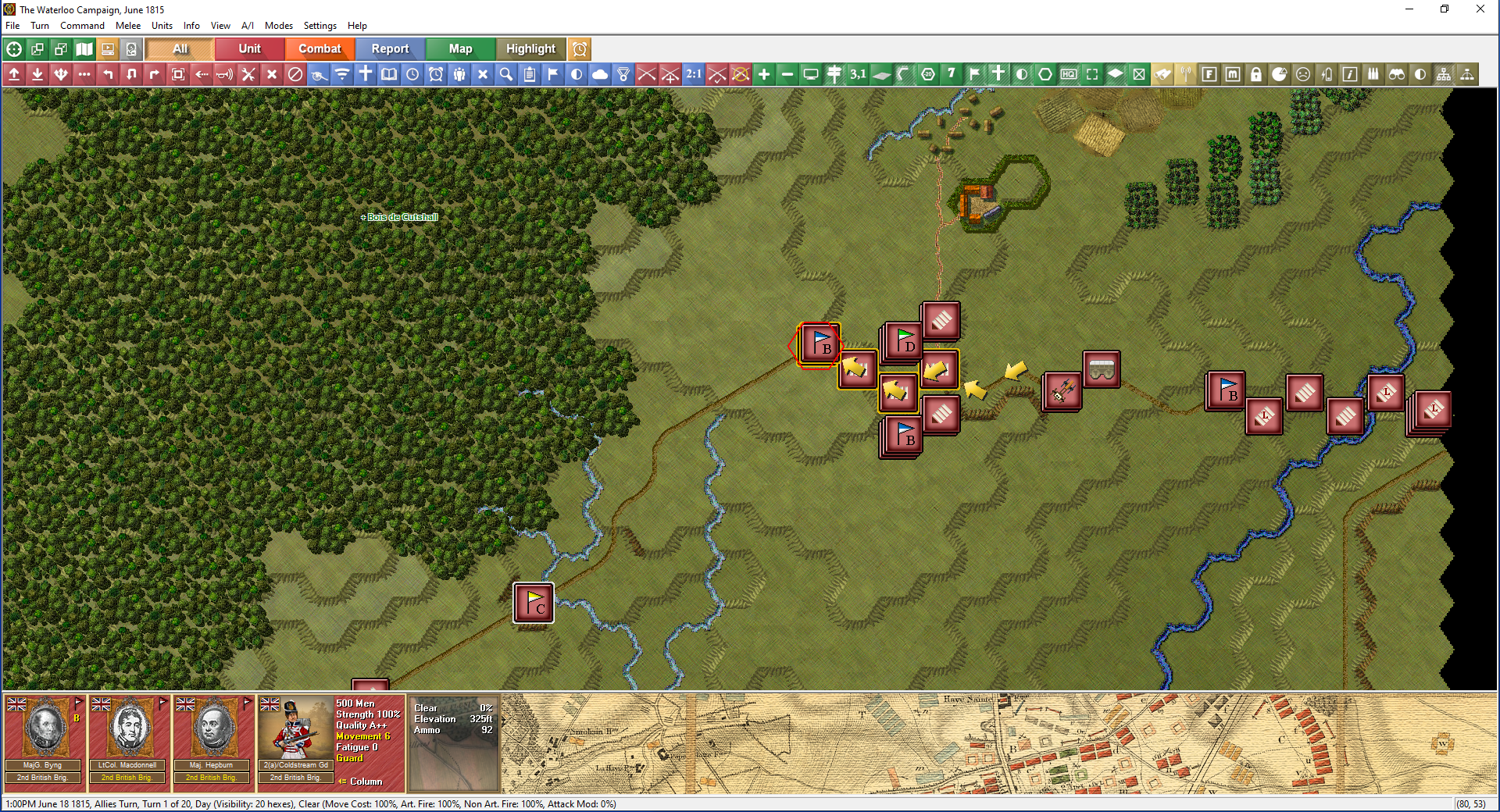 And this is my personal favorite...

5) Added new Movement By Command function, which enables an entire brigade, deployed in Line, to be moved with a single set of commands. With battalions in a cohesive line, using the Alt+right-click command, the entire brigade can be moved at once! 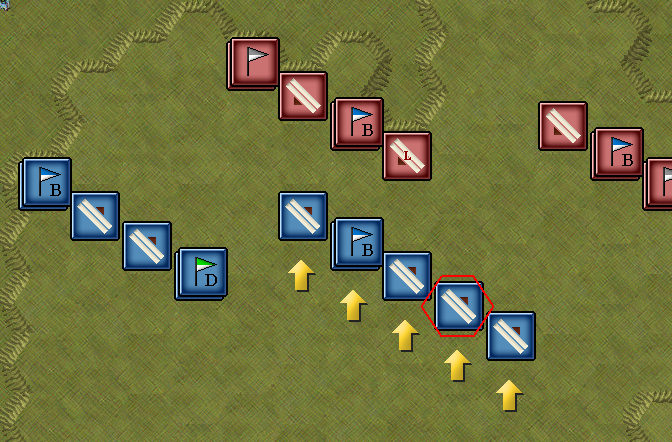 We're also going back into the first four games of the series that had some negative impacts from later PDT changes. For example, all cavalry over stacking issues have been addressed in these titles, so no cavalry unit is on the map or in the reinforcement schedule that will arrive with greater than 600 troopers. The entire command is still present, a squadron, or two, have been deployed in each case to resolve the over stacking issue...so as losses occur they can be recombined later if desired.

Standardization of the scenario descriptions continues, with two more games being addressed for this round. Hopefully by the 4.03 round we will have all of those done, but with so many new features we did not want to hold up this round of updates.

We haven't put the wraps on this round of changes yet either, so there may be more goodness to come before we close them out. Estimated time of public release is late September at this point...stay tuned!

As we wrap up, we want to take this opportunity to remind everyone about the newly launched "Official" WDS Forums - https://forum.wargameds.com/ - head on over and join in the discussions, or pick up a new PBEM opponent... while still quite new there is a good bit going on to investigate! 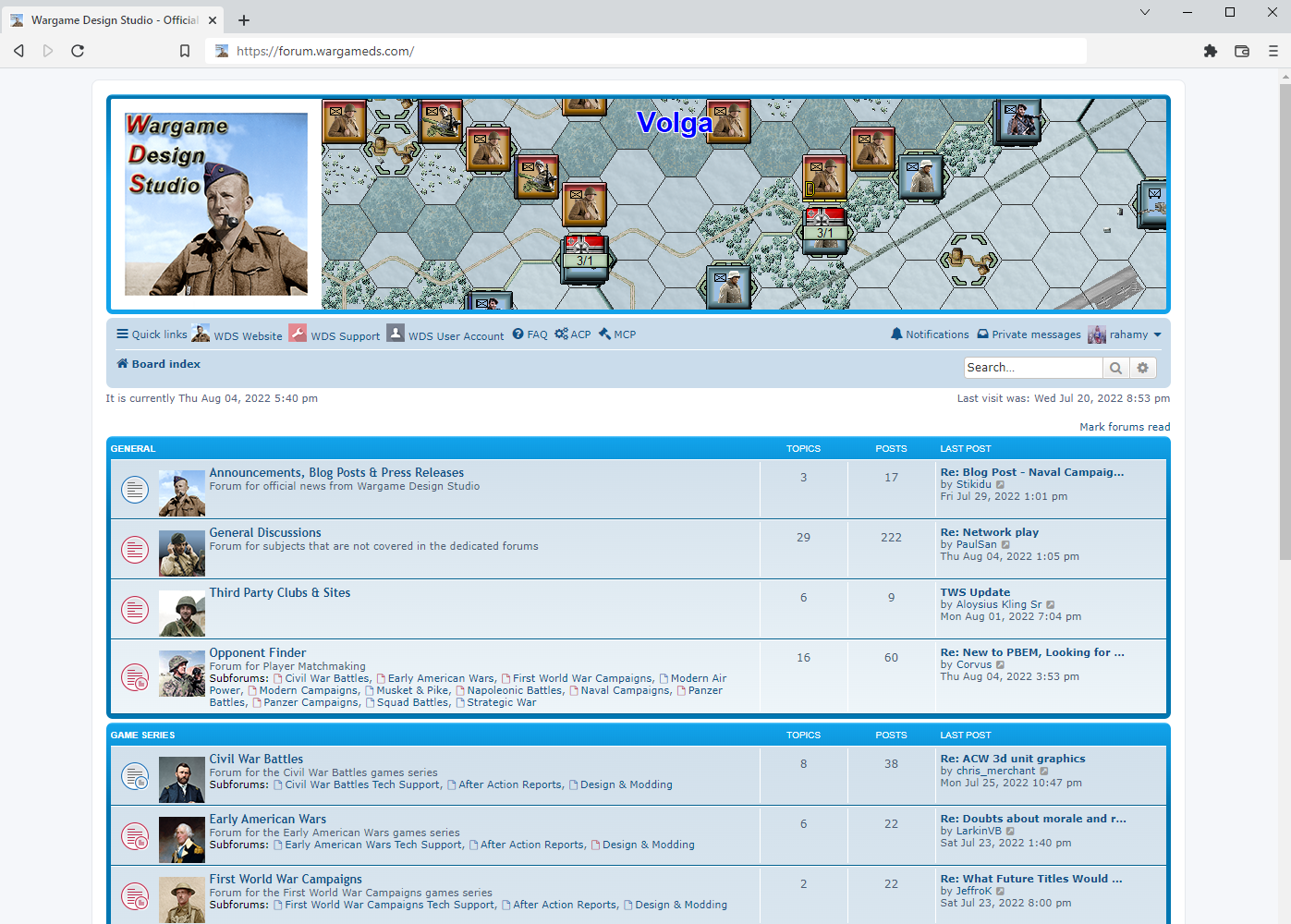 And that's a wrap for this week...stay tuned though, as we have a lot of good content coming over the next few months!