Yes, its been a few months since our last update, but we have been busy! 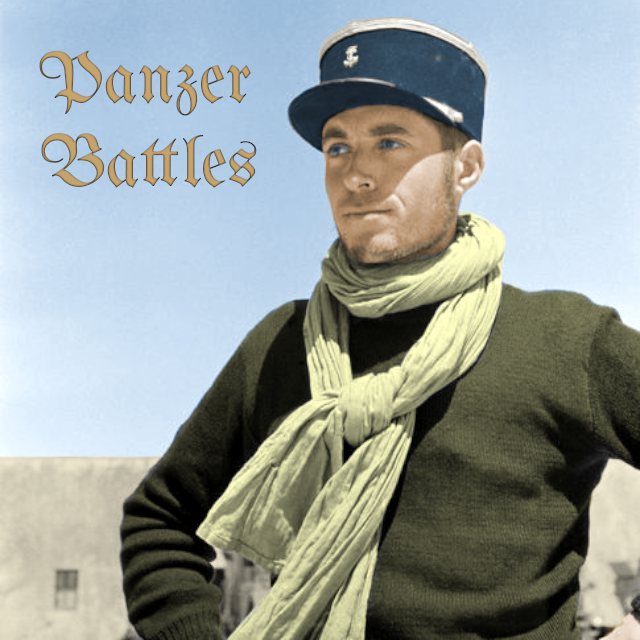 With the release of Panzer Battles North Africa 1941 late last year, there has been a push to get the other games in the series patched up to the same level. This always takes longer than expected and usually means additional work for us beyond just creating a new build. With the first game in the series (Kursk) coming out over 5 years ago (February 2014) our experience, methodology and approach has changed and (hopefully!) improved. Where possible we have tried to add more features, rather than just churning out a new game executable. The other significant issue is that we hadn’t realised that people buying Kursk and Normandy were getting v 1.00 of those games. This has now been corrected but there must be a truckload of people who look at the Kursk graphics and think wtf!

In this round we’re updating the three released games; Kursk, Normandy and North Africa 1941. We had planned to have an update for the Demo, but time has got ahead of us, that said, there is positives in the delay. We’ll talk more about that soon.

The update for North Africa 1941 has the ‘least’ changes, due to its recent release. That said, the enhancements are important and fix a few issues that have come up since release.

The key updates are as follows;

Two improvements to the User Interface. The first is the ability to change the size of the in-game cursor. It’s very easy to lose the cursor, particularly with a uniform desert background. The second is a real time saving hotkey. When you want to currently look at a unit’s ratings you must right click on the unit image. This creates a lot of mouse movement. We now use the Tab key to show the rear of any unit and when matched up with the space key for unit selection, nearly everything can be done with a lot less mouse movement or clicks.

There have been several bug fixes including issues with the new window edge scrolling. Corrections have been made within the order of battle and very importantly we had a wrong setup in the Brevity scenarios and have corrected all that series of engagements.

The aforementioned improvements in the user interface will be both in Normandy and Kursk. Additionally, new features introduced in the initial North Africa 1941 release are included. These are, the new variable objective victory points, revisions to the AI behaviour, new title specific selection screens, all new sounds, updated documentation and new toggles to show contours and slope hex sides. 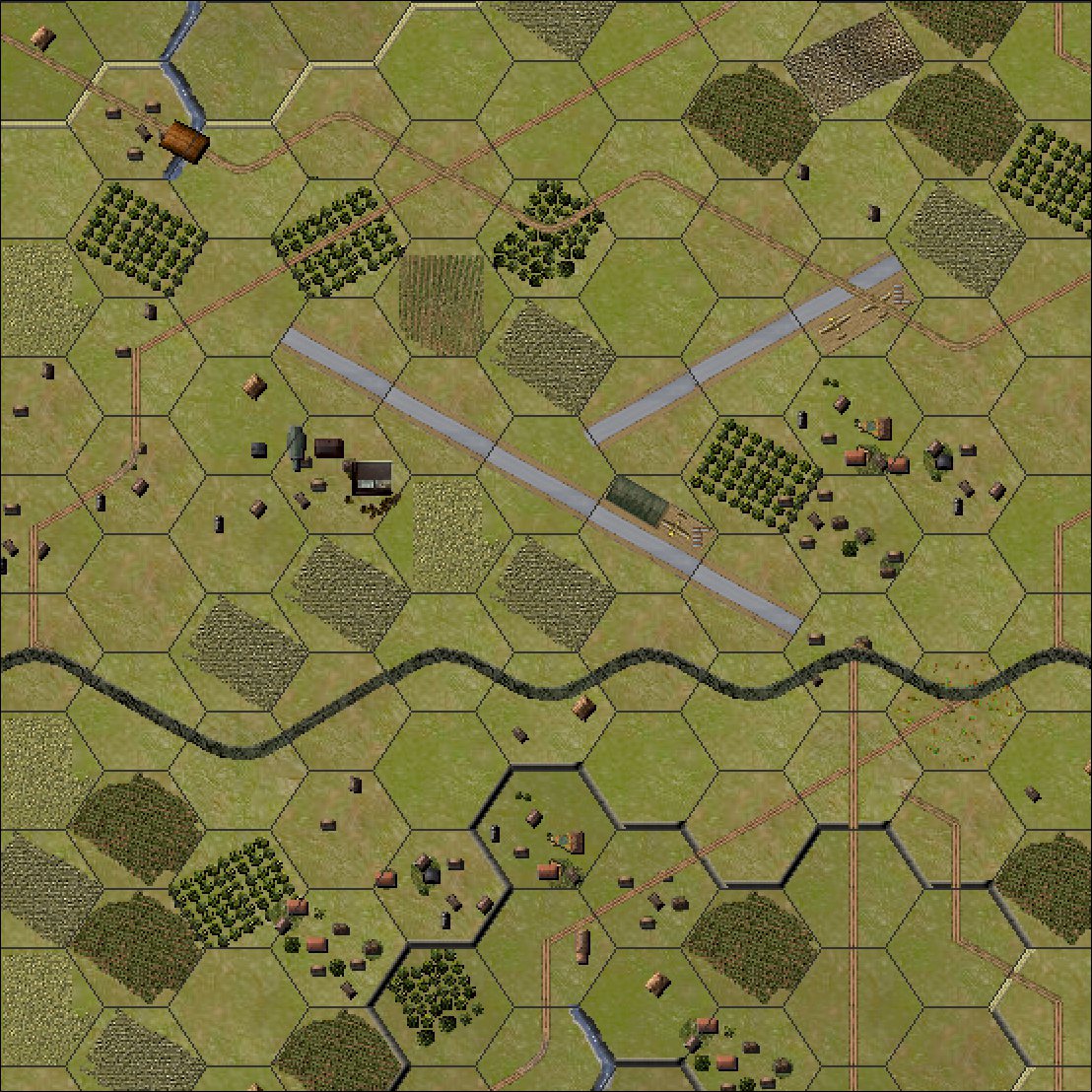 Normandy now has a lot of map updates including dedicated airfield graphics. Additionally, a further 10 aerodromes have been included on the map. 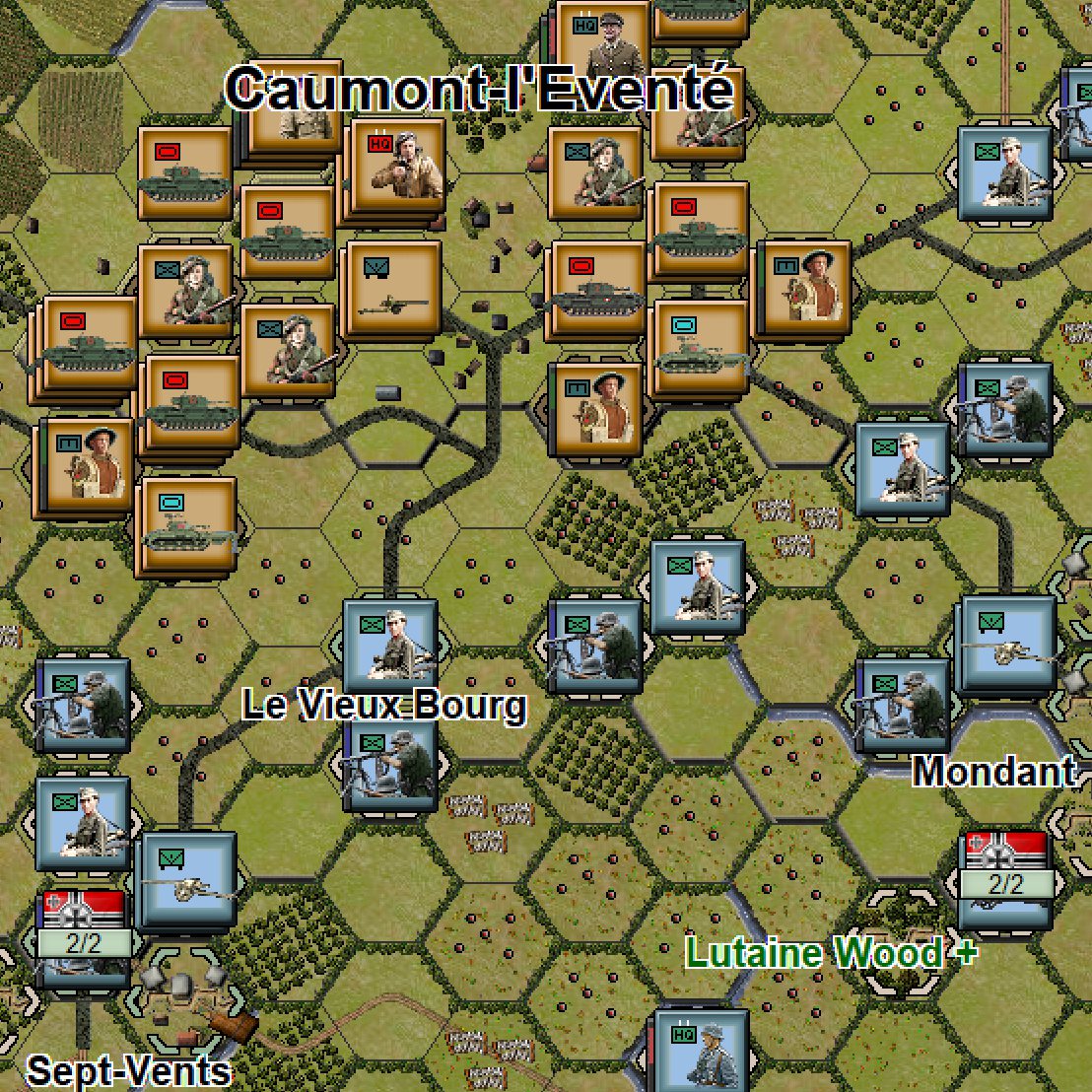 Also included is the first variable scenario for the Normandy title. This is for #0730_01v: Operation Bluecoat - Baffing up the Charlie Love. This scenario was the original inspiration for variable victory points, and it’s been a bit of a drive to get it retrofitted into a version of this scenario. 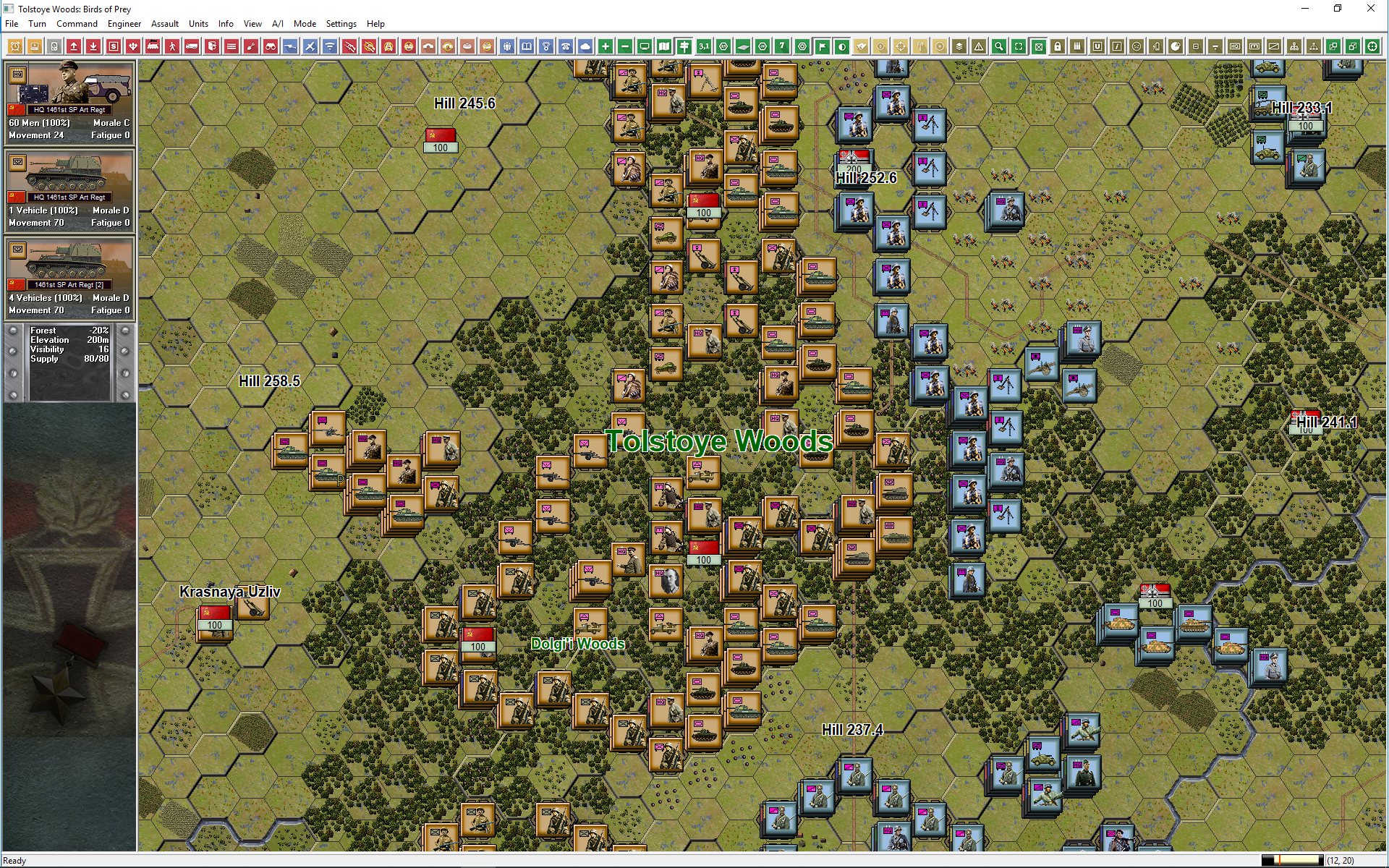 For Kursk, nine fan made scenarios by Alan Arvold are included.

Importantly, Chris Maiorana has gone back and revised the map to look more ‘natural’. This was the only title that had a map generated from the Panzer Campaigns master and it has never been quite the standard of our later releases. Chris has gone back and crafted the map by hand in the areas that protagonists fought in. Not all the map is done, but the areas players will see has been reviewed. Below you can see an old and new comparison; 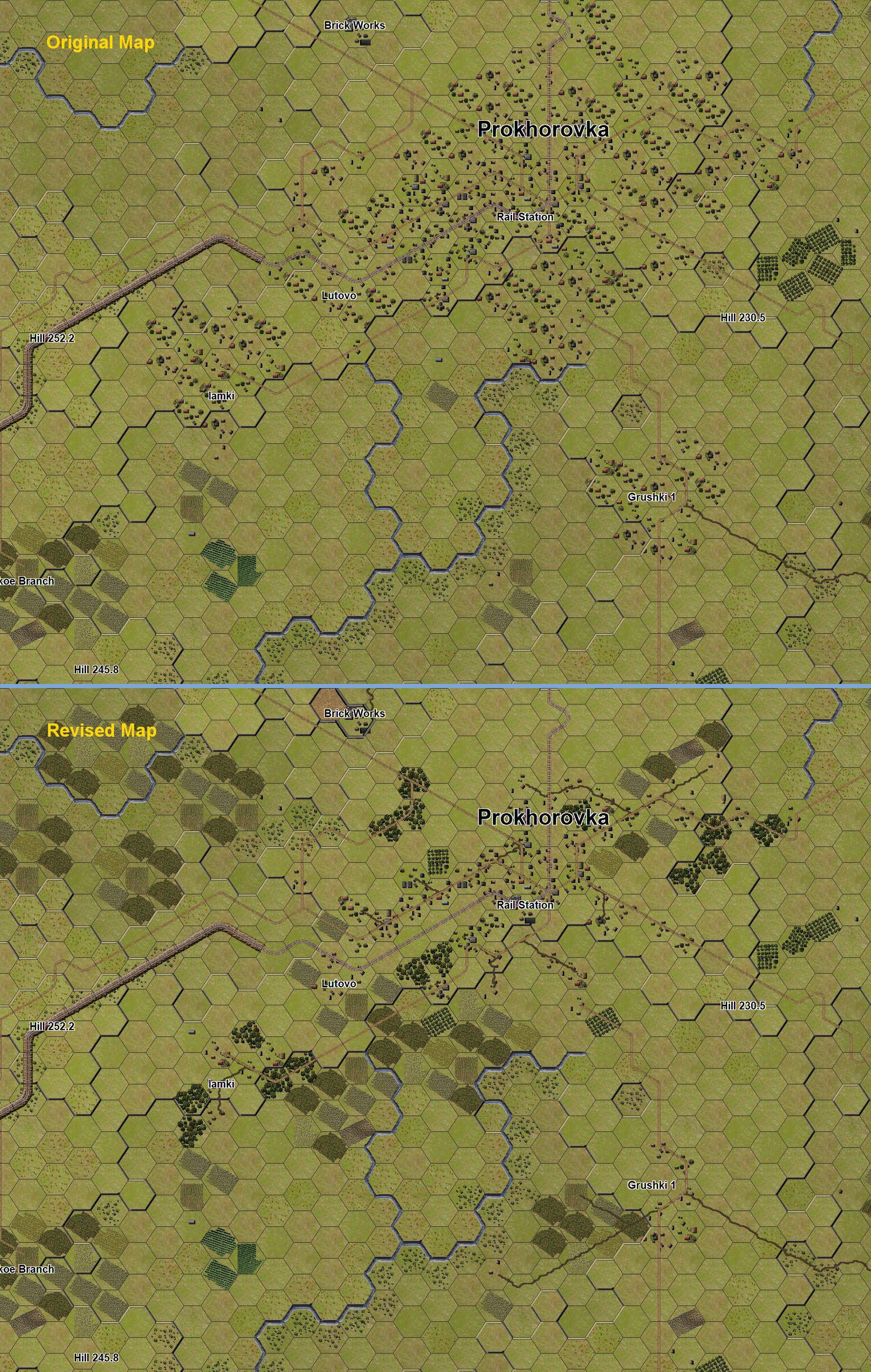 Finally, we have completely revised all the ground graphics in Kursk and Normandy. We had changed these in the first couple of patches, but now have a much more standard look that we wanted to align on with these patches. Below are some comparisons to the version 1.00 that people were still buying! Hopefully you can see the difference -all can be clicked for full size; 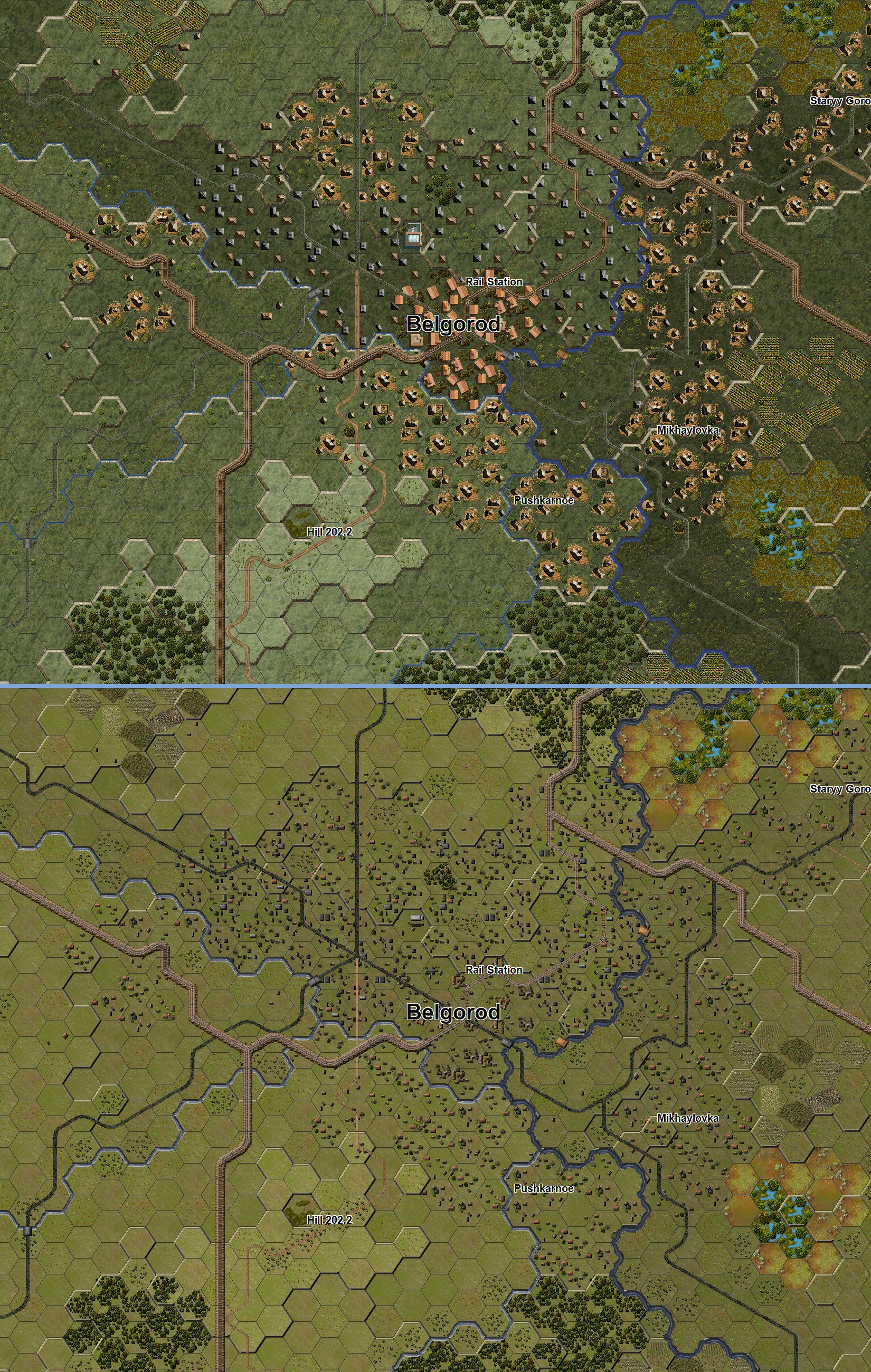 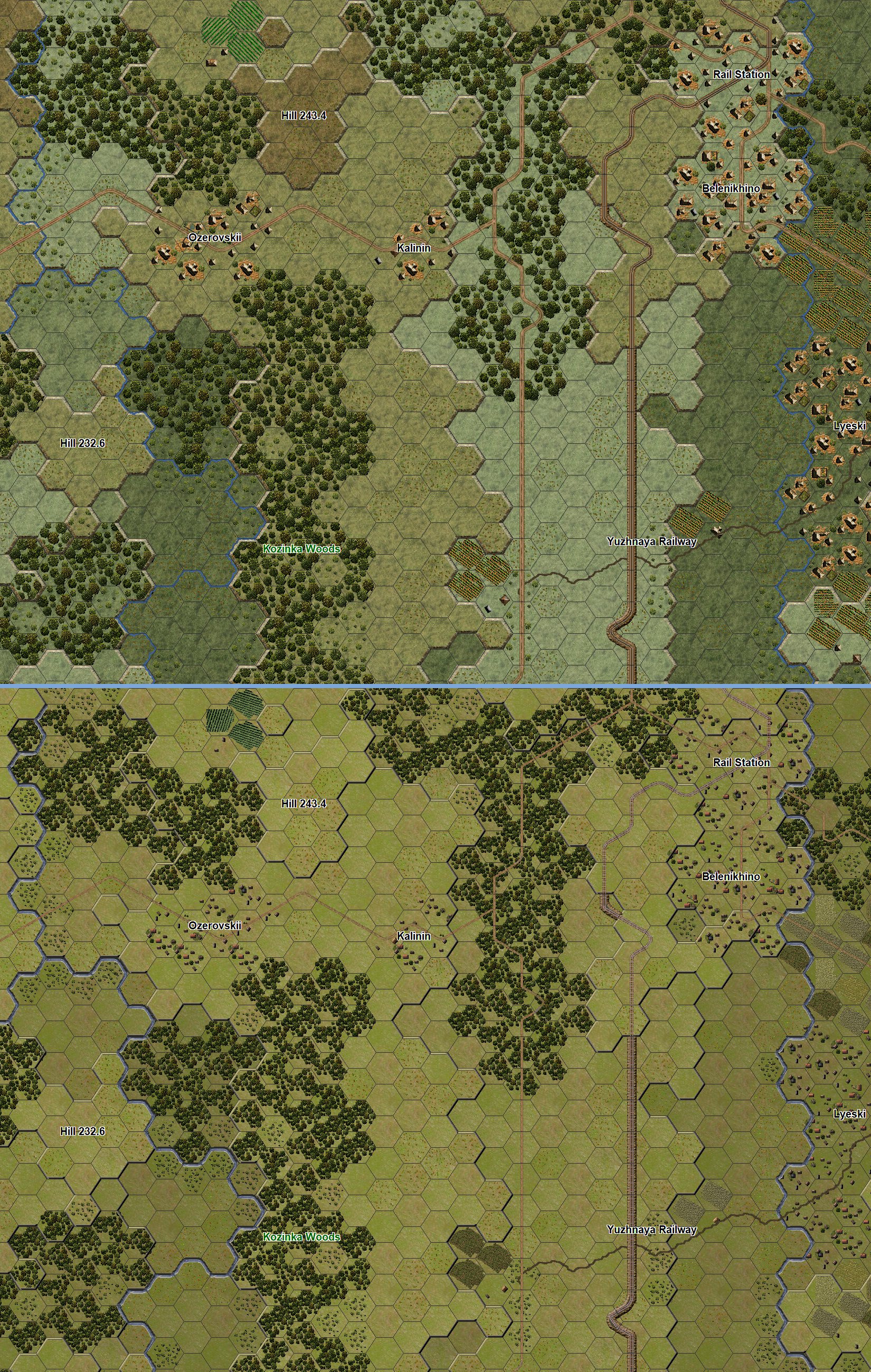 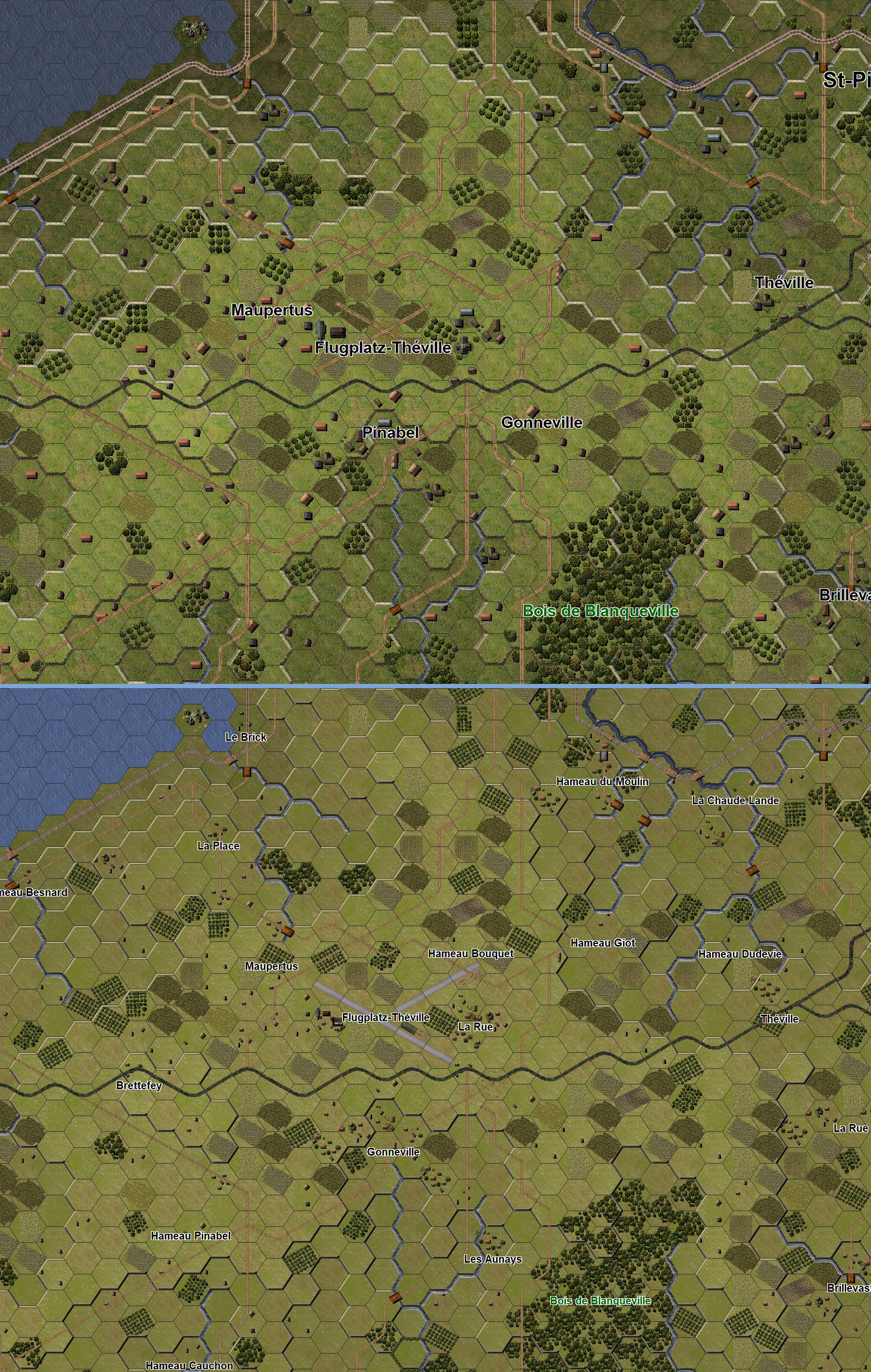 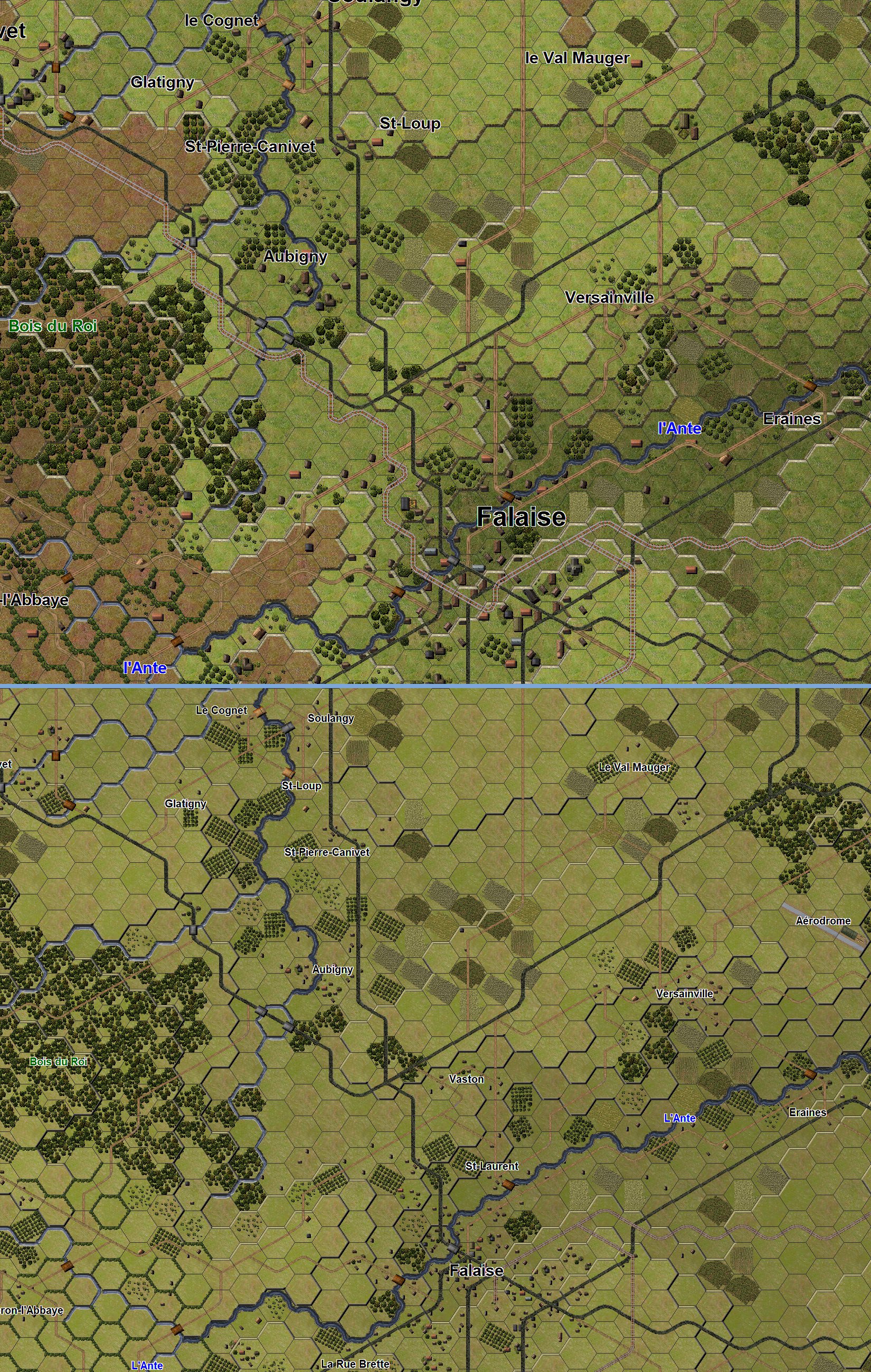 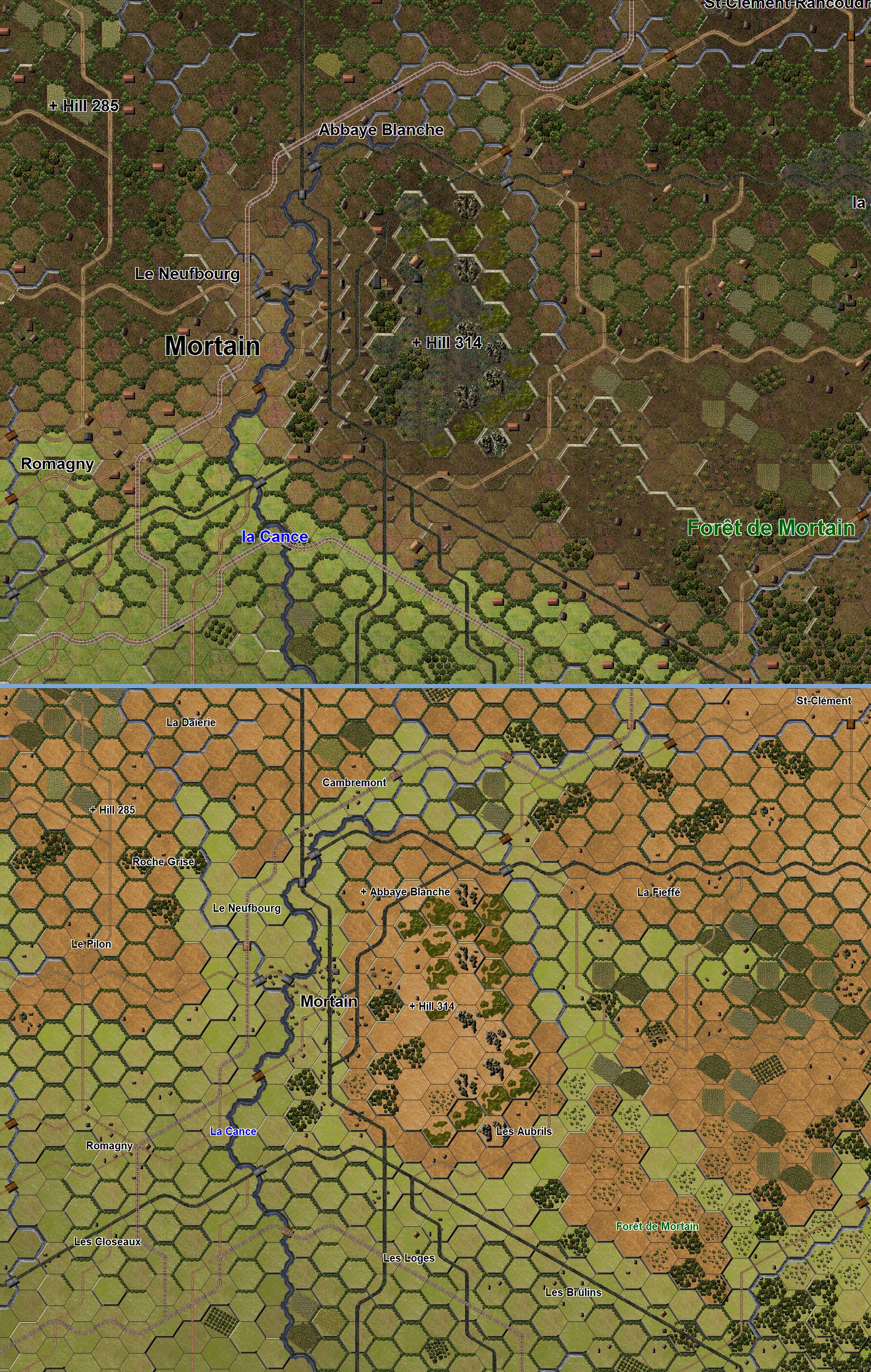 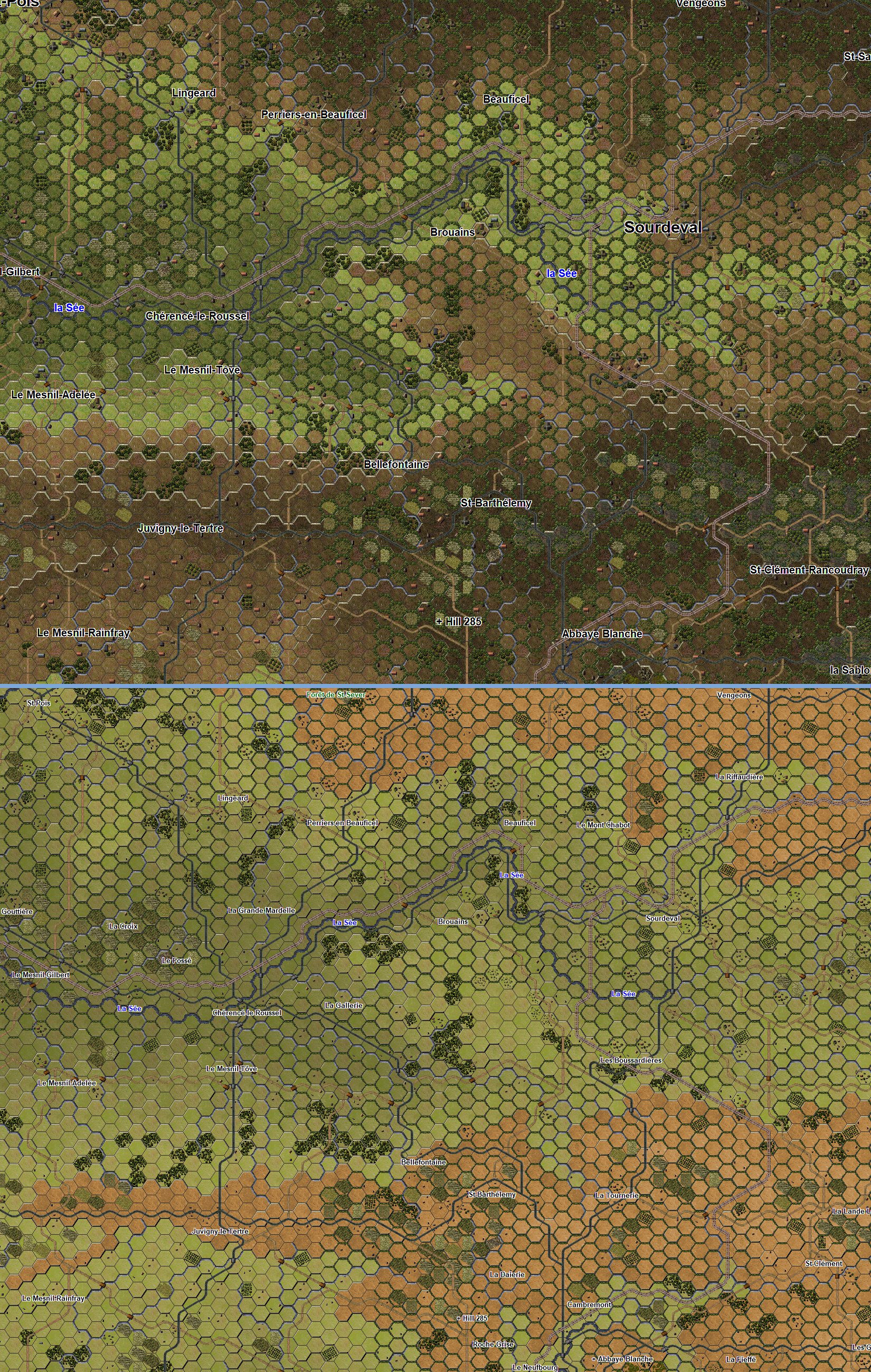 For those that don’t like the new default graphics, the prior versions are still included.

All new purchases will be of the latest versions going forward.

Finally, a word on the Demo. It's also being updated with all the features mentioned above and we’re hopeful that we will include some more content - rounding out the scenario count at about 20. Not bad value for a free demo I say!

We hopefully will be back with some more news soon.